Linda has been a spiritual teacher of mine since 2013 and became a dear friend soon after. My work with Linda was at a pivotal time in my life and was the catalyst for the unfolding of where I am today. Linda taught me to how to bring my awareness to my intuition and as a result, I am living the life I sought after for so many years. Over time, Linda introduced me to the teachings of Adyashanti and then to Amoda Maa, both of whom I have been on retreat with a number of times, and both of whom were further catalysts for my life work to unfold before my eyes. 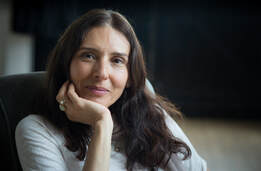 in Amoda's presence was only for a short evening talk yet in the next 72-
hours that followed, I felt compelled to reach out to my mother and my
former wife and with each of them I had conversations that healed
​ aspects of my relationships with them in ways I previously could not find my way through. Amoda's teachings and the times I have spent with her on retreat, have led me to greatly soften to myself and as a result, I have softened to the world.
Link to Amoda Maa ​ 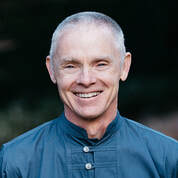 Adyashanti was introduced to me by Linda Ruth in 2013. Just days after I sat with
Adya for the first time, my meditation practice went from an occasional practice
to a committed daily practice which I have been ​devoted to ever since. My life has
transformed profoundly through meditation. Working with Adya, I discovered
​ what it meant to be in inquiry about my own existence and existence itself. I noticed how my spiritual journey was initially fueled by a need to fix who I was. Working with Adya put me on a journey of discovering what it is to simply be with what is so.
Link to Adyashanti